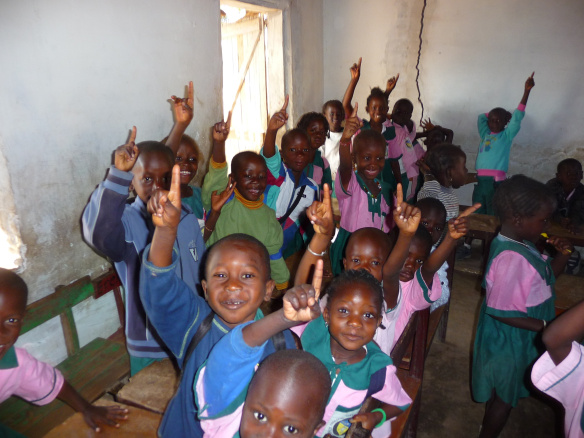 Some time ago we received this story about a charity that actually began with someone stuffing her rucksack for the children of The Gambia. Marjorie Warwick took a bagful of pens when she travelled to the area for a holiday, back in the early 1990s.

She was so enchanted by the children, who had so little but loved to learn, that she looked into local planning permission that would allow her to build a school for local children.

It took two years but she managed to raise the money. Sadly, she died before it was ever completed, but her daughter-in-law, Judith Hughes, elected to take it over and the first school was finished in 1998.

The charity, HASTE, has now been running for almost two decades, and has built ten new schools in that time.

It just goes to show what a simple action can lead to.